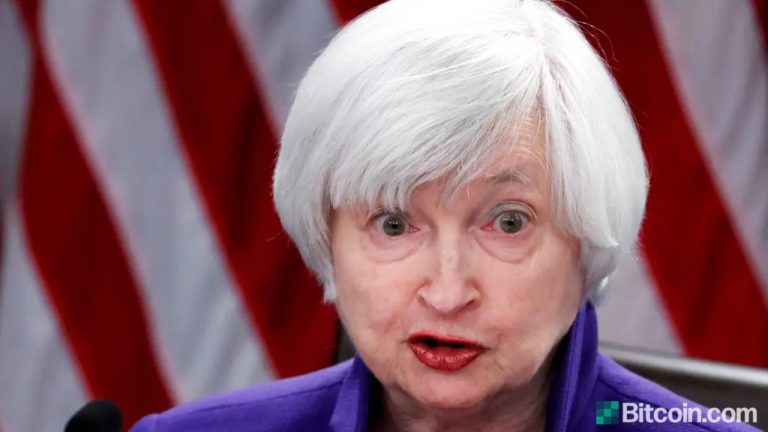 U.S. Treasury Secretary Janet Yellen says that the U.S. does not have an “adequate framework” to deal with all the different issues posed by cryptocurrencies, such as money laundering and illicit financing. According to her, there is no framework that’s “quite up to the task of putting in place a regulatory framework that we need” for cryptocurrencies.

I think cryptocurrencies, we don’t really have an adequate framework to deal with the different issues that they pose from a regulatory perspective.

She proceeded to name several issues she sees associated with cryptocurrencies, such as “money laundering, Bank Secrecy Act, use of digital currencies for illicit payments, [and] consumer protection.”

Yellen pointed out that “there are several agencies that arguably have some ability to address this through regulation.” However, the treasury secretary emphasized:

I frankly don’t think we have a framework in the United States that is quite up to the task of putting in place a regulatory framework that we need in the future.

“That’s a topic that’s well worth addressing,” she noted.

The treasury secretary was also asked, “What are your thoughts on the digital dollar?” Yellen replied: “With respect to digital currencies and central bank digital currencies, I know the Federal Reserve is looking at this.” She noted that “there are a lot of issues in connection with it,” such as “different ways in which that could be rolled out” and the “potential financial stability issues associated with it.”

In conclusion, Yellen stated that “There could be an argument for a central bank digital currency,” but cautioned, “It’s something we need to study carefully and be careful about.”

In February, Yellen said bitcoin is “extremely inefficient” and “highly speculative.” She stressed the importance of promised to work with other regulators to develop an “effective” regulatory framework for cryptocurrencies.

What do you think about Yellen’s remarks on cryptocurrency? Let us know in the comments section below.