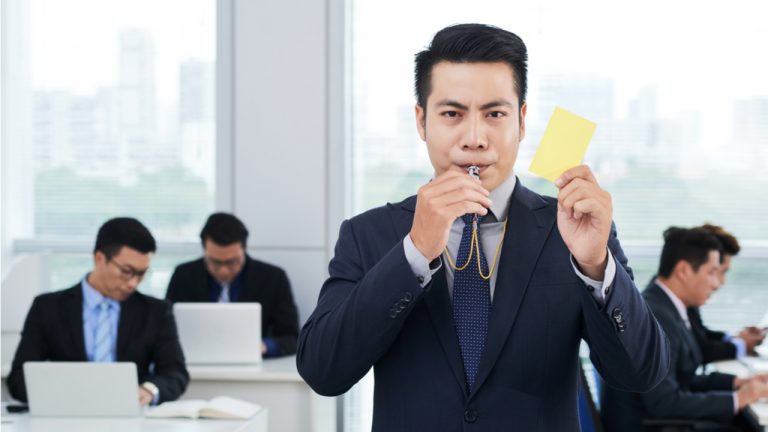 Overseas crypto exchanges marketing to Koreans will be blocked if they fail to comply with new South Korean regulations. The country’s anti-money laundering body has sent a notice to a number of foreign trading platforms warning them a registration is mandatory in order to provide services to Korean residents.

Access to foreign-based cryptocurrency exchanges can be denied and the platforms may face criminal investigations in South Korea if they don’t comply with the country’s new regulations for the sector. One of the key requirements is to register with the Korean anti-money laundering agency, the Financial Intelligence Unit (FIU), by Sept. 24.

To remind them of their obligations, FIU has sent out a notice to 27 entities with crypto trading operations targeting Korean nationals, the Financial Services Commission (FSC) announced Thursday, quoted by the Korea Herald. The regulations adopted earlier this year also require exchanges to have information security certificates, but none of them has obtained one yet, officials said.

The commission emphasized that foreign exchanges shall cease business operations in Korea as of Sept. 25 unless they register with the FIU. Unregistered activities will lead to penalties, including up to five years of imprisonment and a fine that can reach 50 million Korean won (over $43,000). In a statement sent to the parliamentary National Policy Committee, the FSC elaborated:

Business activities carried out by overseas cryptocurrency exchanges targeting local customers without reporting to the Financial Intelligence Unit — an anti-money laundering unit under the Financial Services Commission — are illegal under the revised Act on Reporting and Using Specified Financial Transaction Information.

South Korea’s revised Special Funds Act took effect on March 25 but will be enforced in September after a six-month grace period. Another of its updated provisions requires cryptocurrency exchanges to cooperate with domestic banks on the issuance of real-name accounts for their users. While the country’s top four coin trading platforms — Bithumb, Upbit, Coinone, and Korbit — have secured partnerships with commercial banks, hundreds of smaller exchanges are facing closures. Korean banks fear exposure to money laundering, hacking, fraud, and other crypto-related risks. Under the new rules, they’ll be responsible for assessing a crypto platform’s transparency and the possibility of criminal activity. Requests to be relieved of liability for offenses committed through the crypto exchanges they work with was reportedly rejected by Korean regulators earlier this month.

According to the Korea Herald, the FSC is planning to send guidelines regarding the new regulations to foreign crypto operators providing services in the country. “If overseas cryptocurrency exchanges serve local customers with the won-currency settlement, they must register with the FIU and comply with the government’s guidelines to prevent money laundering,” FSC Chairman Eun Sung-soo told lawmakers last week.

South Korea’s financial regulator is hardening its stance on foreign crypto service providers after authorities in a number of other jurisdictions, including Italy, Lithuania, the U.K., Japan, Germany, and Poland issued warnings against Binance, the world’s leading digital asset trading platform. New regulatory measures regarding the exchange range from temporary suspension of operations to stricter reporting requirements, the Korean daily notes, revealing a growing global crackdown on the market.

What’s your opinion about the new South Korean regulations for cryptocurrency exchanges? Share your thoughts on the subject in the comments section below.