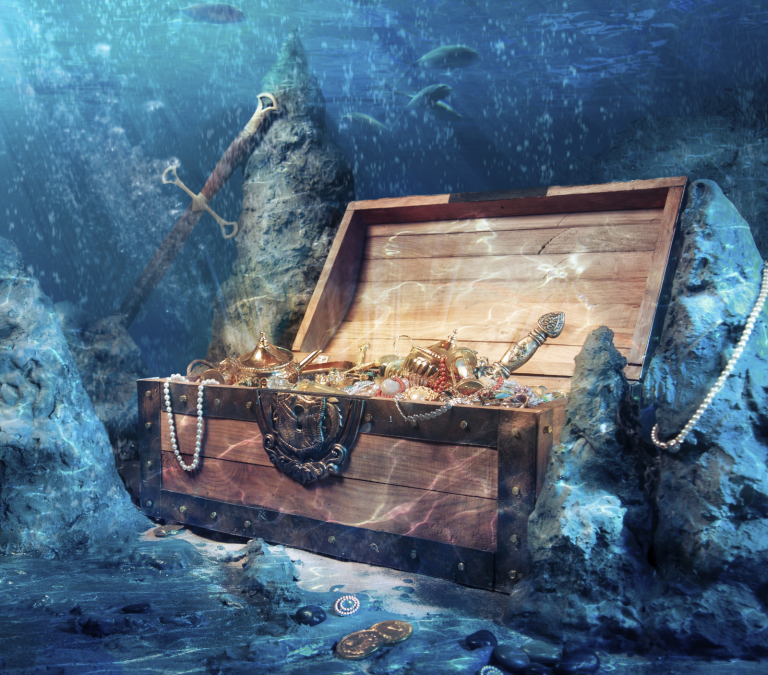 A South Korean firm claimed to have found the wreck of a Russian warship sunk in 1905 with $130 billion worth of gold on board. The cruiser and its treasure are linked to a crypto exchange and token which the firm reportedly promised to distribute to anyone signing up with the exchange. As the country’s financial watchdog investigates the company’s claims, the firm has changed its story.

Russian Warship Found with Reports of Gold on Board

A Russian warship that sank 113 years ago, the Dmitrii Donskoi, was reportedly found off the coast of a South Korean island last week. A Korean firm, Shinil Group, claims to be the one who found the wreck. Reuters described:

Shinil Marine said last week it had discovered the wreck of the Dmitrii Donskoi, a Russian armored cruiser sunk in 1905 after fighting Japanese warships off South Korea’s Ulleung Island, and that a staggering 150 trillion won ($130 billion) of gold was on board.

As soon as the news of the gold coins being found broke, South Korea’s Financial Supervisory Service (FSS) began investigating “whether the company’s claims were part of any share price manipulation or other unlawful trade,” the publication elaborated. In addition, FSS Governor Yoon Suk-heun said that the agency is investigating related “cryptocurrency issues.”

However, Shinil Group has now backtracked on its claims. The news outlet reported CEO Choe Yong-seok admitting during a news conference in Seoul on Thursday that the company “has not verified the existence of any gold.” He was quoted saying, “The [unverified] reports said the Donskoi held 200 tonnes of gold but that would only be 10 trillion won [~$9 billion] at current value … We apologize to the public for the irresponsible citation.”

With the group’s original discovery announcement of the Dmitrii Donskoi, local media reported a crypto exchange and token associated with the ship. According to Dtoday, Shinil Group said it will use the gold coins found on board, once salvaged, to back a new cryptocurrency they will launch called Shinil Gold Coin. The exchange’s website contains the name and picture of the Dmitrii Donskoi. Reuters detailed:

A website under Shinil Group’s name links the find to a ‘Donskoi International’ cryptocurrency exchange that says it will hand out its virtual currency to anyone who signed up with the exchange.

According to the exchange’s roadmap, the coin and its wallet have already been developed. The token is expected to be listed on 10 exchanges, “including Shinil Group’s Donskoi international exchange and domestic/overseas global exchanges from September to October 2018,” its website claims. 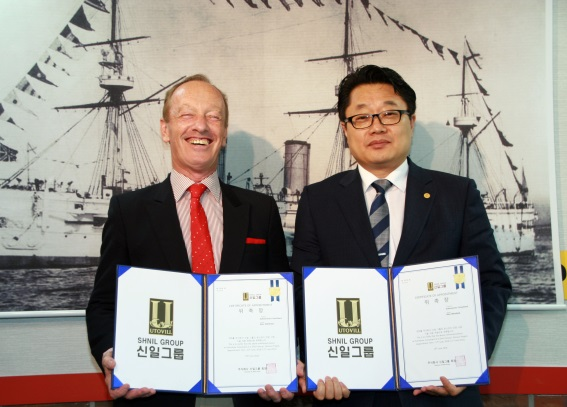 However, Reuters reported Thursday that “Shinil Marine denied any connection with the cryptocurrency it said was run by a different company with the same name, and said it had changed its name. A phone number on the cryptocurrency exchange’s website led to the company until last week.”

What do you think of the discovery of this Russian ship and its link to a crypto exchange? Let us know in the comments section below.