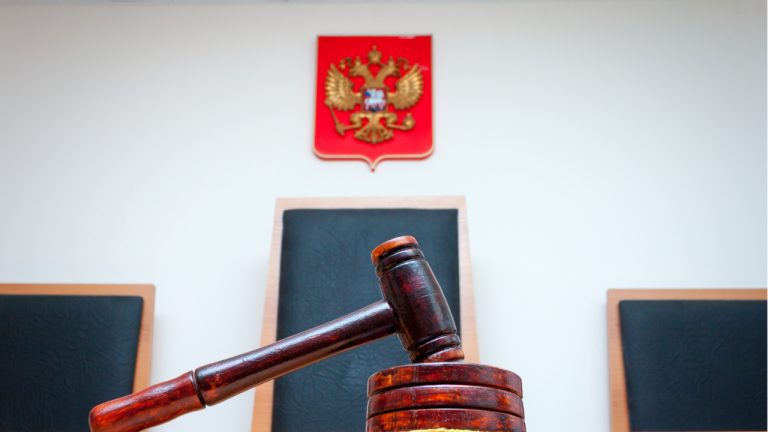 A court in Russia’s Perm region has decided to block a number of websites describing how to exchange cryptocurrency for fiat cash. Local prosecutors claim the dissemination of this type of information is against the law in Russia as it may facilitate the laundering of illicit funds.

The Kungur City Court in the Russian Perm Krai region has upheld a request filed by the Beryozovsky District Prosecutor’s Office to take down several internet sites detailing various methods of cashing out bitcoin. The prosecutors who discovered the crypto platforms insist the publishing of such content violates Russian legislation on combating the legalization of crime proceeds.

“It was established that information on methods of cashing out the Bitcoin cryptocurrency was freely available for viewing and using on certain Internet resources,” a press release explained, further noting:

Taking into account that the legislation considers the exchange of virtual currencies as a potential involvement in dubious transactions, the prosecutor sent an administrative statement of claim to the court demanding to restrict access to this information.

The number of the affected websites as well as their domain names were not disclosed, but Forklog quoted the prosecutor’s office saying that five such requests have been submitted since the beginning of the year. One of the claims, according to the publication, concerns a Youtube video describing ways of exchanging bitcoin for Russian rubles.

Access to the websites subject to Kungur City Court’s latest decision will be restricted after the ruling enters into force, the Perm Prosecutor’s Office said without providing any more details. The banned sites will join a growing number of crypto-related outlets that have been taken down by Russian authorities in the past few years.

In March 2020, the agency added five crypto websites to its register of banned internet sources. The platforms were offering various services, from crypto exchange to mobile top-ups with bitcoin, and one of them was an information portal. The forum section of the crypto news outlet Bits.media was also targeted.

Crypto website operators have in the past successfully challenged some of these censorship measures in Russian courts. In March 2018, the Saint Petersburg City Court struck down a ban on 40 websites publishing information and offering services related to cryptocurrencies. In April of that year, the Supreme Court of the Russian Federation overturned a decision to block the Bitcoininfo.ru portal. In May 2019, Roskomnadzor was forced to remove Bestchange.ru from its blacklist, after prosecutors gave up efforts to block the website.

What do you think of Russia’s attempts to block crypto-related websites? Share your thoughts on the subject in the comments section below.