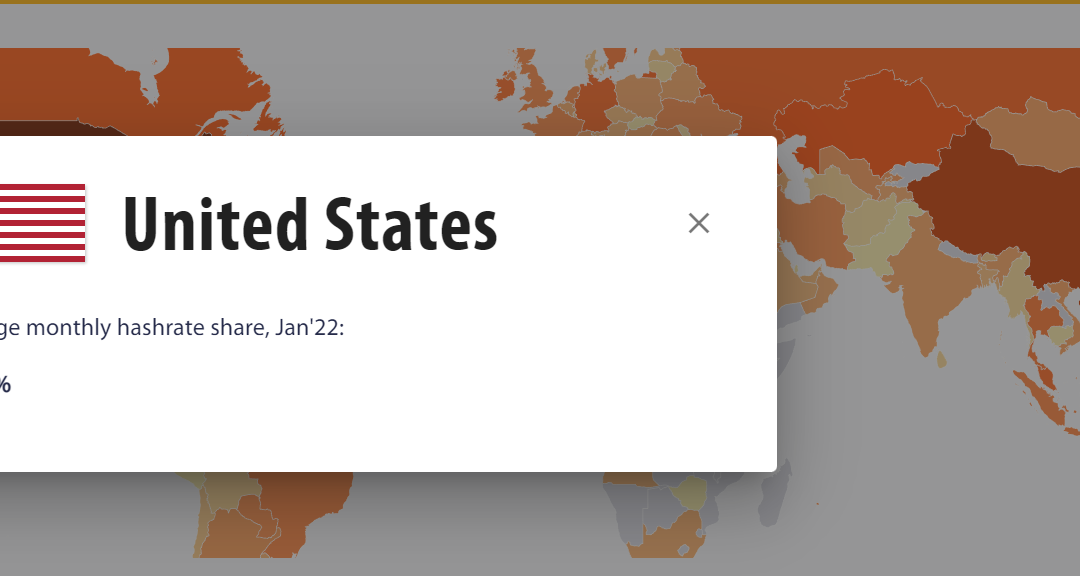 The PoW mining bill was first passed by the state assembly in April earlier this year and later got the nod of the State Senate in June. The bill was finally signed into law by governor Huchkul owing to pressure from lobbyists and to meet its carbon emissions targets. Huchkul wrote:

“I will ensure that New York continues to be the center of financial innovation, while also taking important steps to prioritize the protection of our environment,”

PoW mining consensus is predominantly used by Bitcoin (BTC) miners and a few other altcoins. It is considered one of the safest and most decentralized ways of authenticating a transaction on a blockchain. However, the practice has been marred by controversies over its high amount of energy consumption.

The United States currently sits at the top of Bitcoin mining hash rate share by country, with 37.8% of Bitcoin network hash rate coming from the U.S. The two-year moratorium on PoW mining can prove costly and even create a domino effect for other states to follow on a similar path.

“The state’s argument the mining industry’s energy use is exponentially beyond other industries is blatantly false. The Climate Leadership and Community Protection Act requires NY greenhouse gas emissions be reduced by 85% and achieve net zero emissions in all sectors by 2050.”

The PoW mining FUD is nothing new and has been debunked many times over, however, there has been a significant lobbying effort over the past year, especially from the proponents of proof-of-stake (PoS) mining. Greenpeace and Ripple co-founder Chris Larsen has been campaigning for a change in the Bitcoin code.

Lawmakers, on the other hand, have conveniently sidelined available research reports that a significant chunk of Bitcoin mining energy comes from renewable sources. Bitcoin mining council report highlighted that more than 60% of the electricity consumption by the BTC network comes from clean sources.

European crypto regulators had proposed a similar PoW ban in their Markets in Crypto Assets (MiCA) legislative. However, proponents of outlawing operations with PoW-based digital assets could not muster enough support, meaning that MiCa legislation was passed without such a ban.