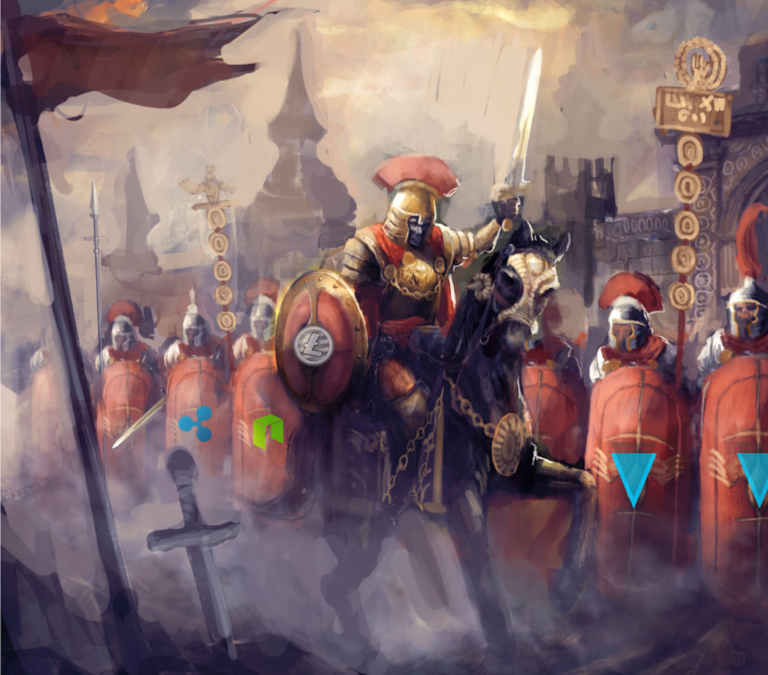 This time last year, altcoiners were jubilant at the soaring value of their respective cryptos, while gloating at BTC’s diminishing dominance. “Penny coins” such as Ripple, Iota, and Verge were rocketing, with fanboys decrying any media outlets that dared to “FUD” them. One year later, and most of those altcoiners have crawled back into the woodwork or returned to their first love – Bitcoin.

What a Difference a Year Makes

2018 is commonly perceived as having been a bad year for Bitcoin, but a closer examination of the facts shows that isn’t necessarily the case. As Jameson Lopp noted in his ‘Bitcoin By the Numbers: 2018 Recap’: “2018 was the worst year for Bitcoin. Also, 2018 was the best year for Bitcoin. It just depends upon which metrics you’re focused.” One lesser documented way in which 2018 benefited BTC was through the death, to all intents and purposes, of many altcoins, leading their apostate acolytes back to the Church of Bitcoin.

In 2018, BTC may have lost the boomers – the mom and pop investors who bought near the top and then ran a mile when the market crashed – but it won over a good proportion of altcoin investors. Those with the perspicacity to recognize the huge difference between an 80 percent and a 95 percent drawdown have sheepishly rediscovered their love of Bitcoin. One year ago, for instance, Twitter user “The Coin Dad” was taking aim at news.Bitcoin.com for publishing a “MAJOR FUD ARTICLE” about verge (XVG), in which the altcoin was described as vaporware. One year on and The Coin Dad’s tweets show that he is firmly back in Casa Bitcoin. While Some Flit Towards the Light, Others Retreat

While The Coin Dad has had the good grace to regret his dalliance with Verge in the heady days of early 2018, many of his kind have simply withered away and left the crypto scene altogether. The replies tweeted at news.Bitcoin.com and other media organizations, one year ago, for publishing unflattering coverage of altcoins was littered with expletives and invective. In hindsight, it is safe to assert that these individuals were less concerned with the accuracy of the reporting than with the effect it may have had on their portfolios. Héctor Rodríguez, for example, was fighting “FUD” in the most colorful of terms last January, but by mid August had given up on crypto Twitter. Dog walker and IOTA fan, Steven Fowler, didn’t even last that long; last January he was venomously accusing news.Bitcoin.com of “Spreading more FUD bullshit as usual” but by February had left Twitter. Media outlets that warned investors about the dangers of Bitconnect prior to its collapse were greeted with similar protestations from token-holders. News.Bitcoin.com’s article dating from Nov. 2017, for example, contains 264 comments, many of them defending the ponzi lending scheme.

Media publications don’t always get things right, and in a community as fractured as that of the crypto space, it is impossible to please everyone. As a retrospective of last year’s altcoin mania shows, however, much of the news decried as FUD was in fact news that readers would have done well to heed rather than hiss at. Those who were savvy enough to return to the relative safety of Bitcoin can look forward to 2019 with confidence. Those who are stubbornly betting on their altcoin to return to its previous all-time high – and then do another 10x – could have a long year ahead.

Do you think 2018’s bear market has driven many altcoin investors back to BTC? Let us know in the comments section below.