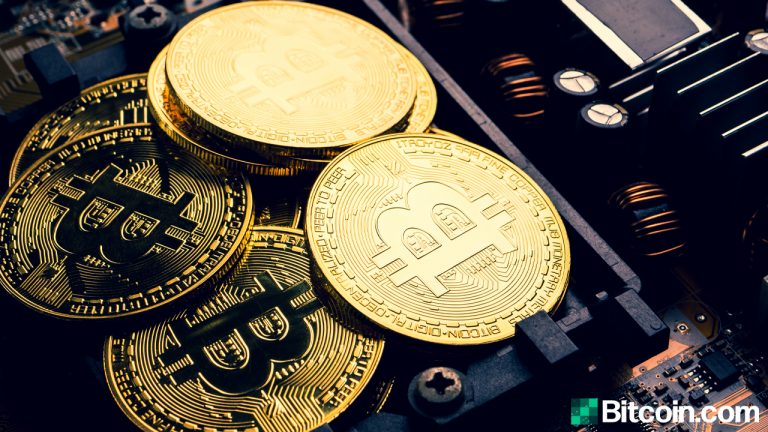 On Monday, the digital currency asset manager Grayscale Investments announced intentions to file for a bitcoin exchange-traded fund (ETF) when permissible. The subsidiary of Digital Currency Group (DCG) says in regard to its crypto trust products that it always been the company’s intention “to convert these products into an ETF.”

It looks like Grayscale Investments is planning to join the race of firms looking to launch an exchange-traded fund (ETF) in the United States. Grayscale announced intentions for a bitcoin ETF on April 5, 2021, by leveraging the company’s blog. Established in 2013, Grayscale Investments launched the firm’s bitcoin trust (GBTC) and today GBTC has $34 billion in assets under management (AUM). Grayscale also offers a number of other publicly traded crypto products and the business is the world’s largest asset manager for digital currencies.

“In recent months there’s been a growing number of questions around the possibility of a Bitcoin ETF in the U.S., and we’d like to take the opportunity to provide clarity and context on what such a development would mean at Grayscale and for Grayscale Bitcoin Trust GBTC,” the company’s announcement details. “First and foremost we wish to make clear: we are 100% committed to converting GBTC into an ETF.”

Grayscale notes that it is only a natural progression for GBTC to proceed this way, as it was the first publicly traded Bitcoin fund in the U.S. and it also was able to convert the fund into an SEC-reporting company. “These were each groundbreaking achievements and brought greater transparency, regulatory clarity, and reporting standards for the investment community,” Grayscale said.

Grayscale Is Committed to Converting GBTC Into an ETF

The company also discussed when it applied for a bitcoin exchange-traded fund back in 2016 and had a lot of conversations with the U.S. Securities and Exchange Commission (SEC). “Ultimately, we withdrew our application because we believed the regulatory environment for digital assets had not advanced to the point where such a product could successfully be brought to market,” Grayscale said reminiscing about the experience.

“Today, we remain committed to converting GBTC into an ETF although the timing will be driven by the regulatory environment,” the digital currency asset manager concluded. “When GBTC converts to an ETF, shareholders of publicly-traded GBTC shares will not need to take action and the management fee will be reduced accordingly.”

What do you think about Grayscale announcing intentions to launch a bitcoin ETF in the U.S.? Let us know what you think about this subject in the comments section below.