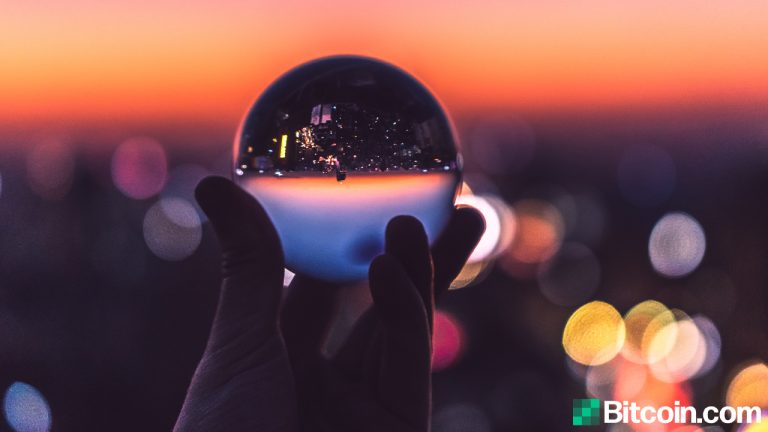 Not too long ago, Bitcoin.com’s newsdesk reported on CME Group capturing the lead as far as open interest in bitcoin futures. Today, that’s no longer the case, as Binance has jumped ahead of the pack as far as delivering futures derivatives products for BTC. Skew.com analytics indicates that Binance is ahead of Bybit, Okex, CME, Huobi, FTX, Deribit, Bitmex, Kraken, Bakkt, and Coinflex respectively. Binance, Huobi, Okex, and Bybit are also leaders when it comes to BTC futures daily volumes. “Keep in mind that large open interest can exacerbate market volatility in response to price corrections if leverage is unwound quickly. Interestingly, futures volumes have been in steady decline throughout March with this week being particularly quiet relative to volume in previous months,” researchers at Glassnode noted in the company’s weekly newsletter.

43% Chance Bitcoin Will Hit $64K by the End of April, Cboe Looks to Re-Enter the Bitcoin Futures Game

Delta Exchange CEO, Pankaj Balani says that according to bitcoin futures, BTC has a 43% chance the crypto asset will hit $64k by the end of April. “Let’s say BTC trades at $50k; then skew is the difference in implied volatility of, say, a $52k call and a $48k put,” Balani detailed in a note to Bitcoin.com’s newsdesk. “In the case of positive skew, traders are willing to pay more for an OTM call to gain upside exposure than for the equivalent put to protect themselves from falling prices. As such it can give us an insight into market participants’ expectations of spot price movements.”

With BTC at the $59k level option markets give a 43% chance to $64k and 31% to $54k by the end of April. Except for a short spike during the recent price action realized volatility remains lower than implied. Looking at different time frames, traders are currently paying less for April options than for those expiring in May or June. Skew is approaching levels seen last time in mid-March when the spot broke $60k, indicating an overall optimistic positioning of market play.

In recent months bitcoin futures have been wild and have swelled in demand since the bull run started. Perpetual swaps and bitcoin options markets have grown enormously as well as Deribit is the king of the bitcoin options game today. Moreover, there have been call options for the price of BTC to hit $100k to $300k by December 31, 2021. Meanwhile, Cboe Global Markets CEO Ed Tilly explained that the firm may re-list BTC futures.

“We’re still interested in the space, we haven’t given up on it,” Tilly said in an interview published last Thursday. “We’re keen on building out the entire platform. There’s a lot of demand from retail and institutions, and we need to be there,” the Cboe executive added.