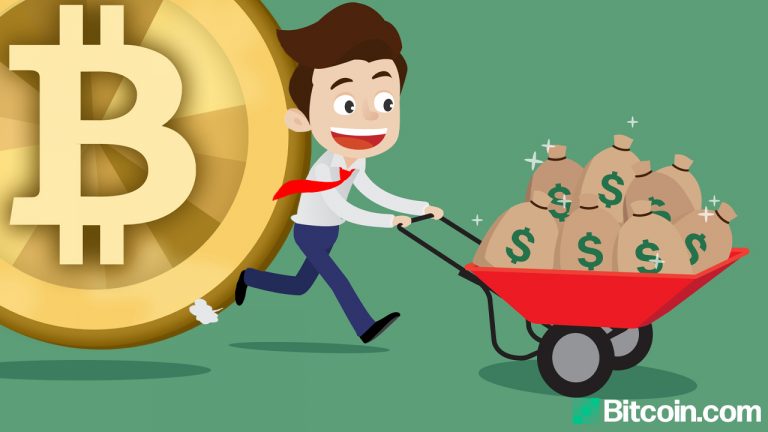 According to data analysis firm, CB Insights, about $2.6 billion was raised by some 129 blockchain-focused start-ups during the first quarter of 2021. This figure easily surpasses the $2.3 billion raised from a total of 341 deals that were seen in the whole of 2020.

As noted by one report, the capital raised in this period provides further evidence that “venture capitalists are pouring money into cryptocurrency-related companies at the fastest clip in years.” However, the data also shows that this increase has largely been “fueled by several large rounds for startups including crypto lender Blockfi Inc, Dapper Labs and Blockchain.com.” In March, Blockfi revealed it has closed on a massive $350 million Series D funding which valued the company at $3 billion. Before that, Blockfi raised $50 million in August of 2020. Meanwhile, following this latest financing round, Blockfi has now raised about $450 million since its inception.

Meanwhile, the same CB Insights data suggests that blockchain and crypto start-ups are on course to surpass the 2018 total capital raise of $3.3 billion. This total, which is the highest so far, was raised during the crypto market’s 2017/18 bitcoin bull run. However, after this bull-run ended, interest in blockchain and crypto start-ups seemingly to cool off as evidenced by the year 2019’s capital raise of $2.1billion.

However, since the year 2020, venture capitalist interest in blockchain start-ups appears to have been rekindled. This renewed interest is seemingly driven by the crypto asset’s resurgence which started in the second half of 2020. Already, in the just-ended Q1 of 2021, bitcoin’s market cap soared to over $1 trillion while that of the entire crypto market appeared to be on course to break past the $2 trillion mark.

Do you think the blockchain and crypto start-ups’ capital raise in 2021 will surpass that of 2018? Tell us what you think in the comments section below.