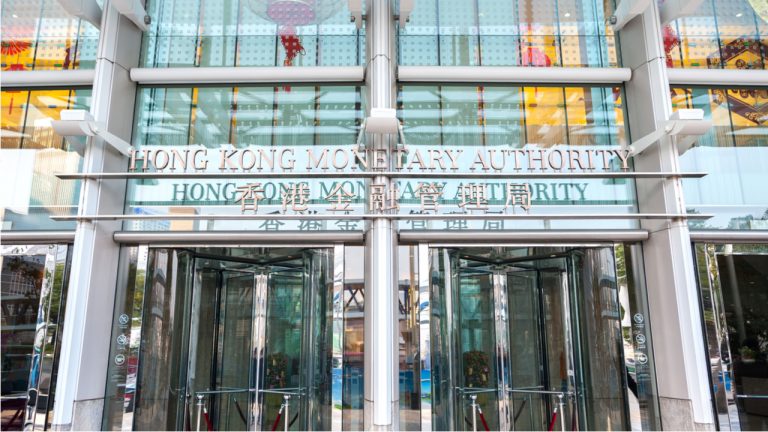 The Hong Kong Monetary Authority (HKMA) plans to guide local banks towards full adoption of fintech technologies, a new strategy reveals. The region’s central banking institution also stressed that it’s going to “walk the talk” by digitalizing its own supervision of financial institutions.

Hong Kong’s monetary policy regulator has presented its new strategy to stimulate the fintech development of China’s special administrative region. With the strategy, HKMA aims for a comprehensive adoption of new financial technologies in the next four years. The central bank also wants to “promote the provision of fair and efficient financial services for the benefit of Hong Kong citizens and the economy.” One of the key directions in which the monetary authority intends to intensify its efforts is the full digitalization of bank operations. Expanding on the accomplishments of its Smart Banking Era Strategy announced in 2017, the HKMA will continue to “promote the all-round adoption of fintech by Hong Kong banks.” The regulator is going to identify specific fintech areas where the sector is lagging behind and needs support. That applies to its own regulatory framework as well:

The HKMA will issue further supervisory guidance to facilitate the uptake of novel technologies and continue to “walk the talk” by digitalising its supervision of banks through the use of advanced technologies.

The new strategy envisages enhancing and expanding the city’s existing data infrastructure. The Hong Kong Monetary Authority is planning to establish a credit data sharing platform based on distributed ledger technologies (DLT) and set up a Commercial Data Interchange.

The central bank will work to increase the availability of fintech talent through new training programs and cooperation between the industry and academia. One such initiative is the Industry Project Masters Network, a scheme offering internships for postgraduate students to join fintech projects at participating banks. The program launches in September. The HKMA said it will engage industry players in the establishment of a new Fintech Cross-Agency Coordination Group which will be tasked to formulate supportive policies for the fintech ecosystem. The monetary authority will enhance its Fintech Supervisory Sandbox and provide funding for qualified fintech projects in partnership with the region’s Innovation and Technology Commission. HKMA CEO Eddie Yue emphasized:

Fintech is, without doubt, a key growth engine for the financial industry in the post-pandemic era, and now is the right time to double down on our efforts to grasp the opportunities. “Fintech 2025” sets out our vision in this regard. I urge all stakeholders to join forces with the HKMA.

The financial regulator intends to devote some of its efforts to increase Hong Kong’s readiness to issue central bank digital currencies. HKMA is referring not only to the development of wholesale CBDCs but also the research of retail digital currencies. The financial institution will continue to support the People’s Bank of China in testing the digital yuan (e-CNY) for cross-border payments while launching a separate study on a digital Hong Kong dollar (e-HKD).

Do you expect Hong Kong to become a global fintech hub? Let us know in the comments section below.